Replacing the Media’s Fear of Mental Illness with a Message of Hope, By Guest Blogger Juliana Holcomb Juliana Holcomb is a Senior at the College of the Holy Cross in Worcester, MA where she studies Psychology and American Sign Language/Deaf Studies. After graduation, she hopes to pursue a Ph.D. in Clinical Psychology to pursue a career as a researcher and clinician.  In her free time, she enjoys reading, drinking tea, going on day trips, and spending time with her family and friends.

For the last few weeks, social media has been bombarded by Netflix’s newly released film, Bird Box, which is based off Josh Malerman’s 2014 book of the same name. From reviews to memes, Bird Box seemed to have taken over the Internet for a short stint of time.  About a week ago, I watched the film, not knowing its premise, just to see if it lived up to the high expectations.  I was shocked that the film captured a graphic suicide within the first fifteen minutes and continued to show numerous more throughout its duration.  My first concern was that this content does not conform to recommended guidelines for safe messaging when discussing suicide on a public platform.  As if this consistent portrayal was not bad enough, the film had an underlying theme of the demonization of mental illness.  Throughout the film, inpatients from a psychiatric hospital escaped, were deemed as evil, and were tasked at making non-mentally ill people evil too. Those with mental illness were to be avoided, feared, and taken down at any cost throughout the film.

The push for social media posts, TV shows, books, films, and other platforms to promote safe messaging, especially in regards to mental illness and suicide, is an ongoing movement.  More and more of these platforms are beginning to take this topic seriously as suicide is the second highest cause of death for teenagers and young adults (Population Reference Bureau, 2016).  However, a theme that continues to appear is the demonization and fear of those with mental illness.  This is not only seen through the aforementioned platforms but also in everyday conversation.  For example, words such as “crazy” and “psycho” are still used in daily speech and appear in many places within popular culture.  For instance, Ava Max’s newly released song, “Sweet but Psycho”, includes lyrics such as “Yeah, people say, ‘Run, don’t walk away ‘cause she’s sweet but a psycho.”  The consistent, negative verbiage about those with mental illness, especially regarding those who are either inpatients or outpatients at a psychiatric hospital, is deleterious.  While the harm of these words and portrayals of mental illness in the media may seem fleeting, this type of perception can leave a lasting imprint on its audience.  This notion is seen poignantly in the viral, anti-bullying video entitled, “I Wear Your Words”. This video painfully displays the cutting nature of words and their long-lasting impact on a person. The adverse view of those with mental illness has the potential to reduce interpersonal support for those with mental illness or even reduce one’s willingness to receive mental health treatment due to the lasting impact of its stigma.

So, as consumers of media such as Bird Box but also as parents, siblings, friends, and mental health advocates, what can be done?  Here are tips:

While films and other forms of media can portray mental illness in a negative light, mental health advocates of all ages and walks of life have the ability to transform these ideas by breaking through the thick wall of stigma surrounding mental health topics and instilling a deep sense of hope among young adults. 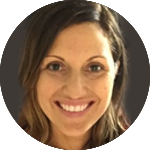